The most critical objective is to keep businesses afloat 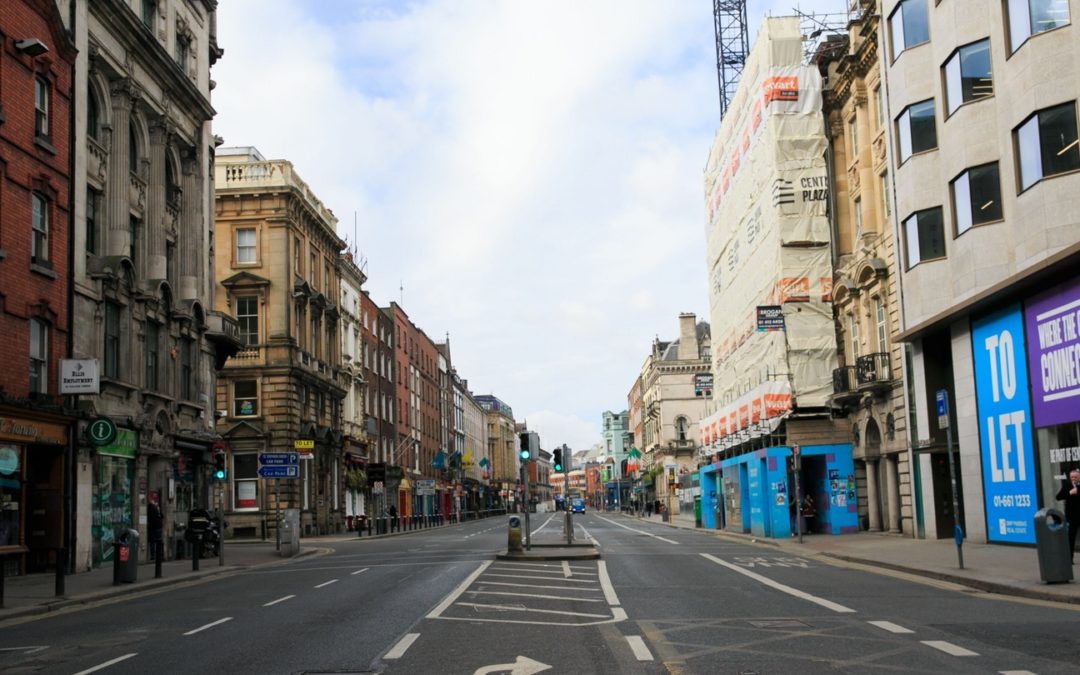 What can we do now to prevent this crisis getting worse? What can Irish policy-makers do to prevent company closures, militating against more mass redundancies? How can we buy time? Buying time is a critical way of looking at the crisis because in a crisis you run out of time, not money. It’s essential that actions we take today are designed to ensure that a temporary crisis doesn’t become permanent chaos.

The key issue now is to protect as many livelihoods as we can, allowing people to live in the lockdown without the anxiety of unemployment or bankruptcy. Unemployment destroys people. It is far more than an economic burden, it is psychological, emotional and social. Dependency – whether it’s on the dole or other state help – corrodes the soul, particularly if it comes unexpectedly. Anyone who has experienced unemployment themselves or seen it around them at close quarters understands this.

Economists often fail to understand that companies that close down in a crisis don’t open up again in better times. That is not how commerce works. When a company closes down, it is gone. The people might re-emerge and try again, but that economic and social organism that was created by employers and employees is over, as is the relationship with suppliers.

The most critical objective at this moment is to keep businesses, particularly small businesses, afloat so that they can wait out the coronavirus crisis without laying people off. The essential idea to appreciate here is that an unemployed person who has been “let go” and is drawing emergency benefits is an entirely different proposition emotionally, psychologically and economically to an employed person “kept on” at lower wages, waiting it out until the virus passes.

Regarding the structure of the Irish economy, about 70 per cent of us are employed in the domestic private sector, 15 per cent are employed in the public sector and another 15 per cent in the multinational sector. Thus, the vast majority of us work in the private sector and the majority of that majority work in small business, which depends on buoyant demand either here or overseas. That demand has disappeared for the moment. It is now essential that the cashflow that was associated with that demand is maintained.

The policy – announced by the ECB on Thursday – is to provide banks with as much money as possible to lend. However, depending on people who are traumatised to borrow in order get credit flowing and preserve cash flow is far too passive. The last thing anyone is thinking about now is borrowing.

We need active, not passive. This can be done by the central bank simply “gifting” free money into the accounts of businesses and citizens to prevent a cash panic. We need to forget the banks as instruments of policy, bypass their lending departments – which are time consuming and charge interest on money they get for free from the ECB – and give money directly to the people.

As argued here last week, if the problem is a run on money – where people with money hoard it and those without can’t get their hands on it – the solution is simple: give people free money. The central bank can deposit money into people’s accounts. That means everyone. I’m talking about every adult over the age of 18. When the problem is a lack of trust, leading to companies worrying that the company they are doing business with will not have cash, then the solution is to reassure them that everyone has ample cash.

This is called “helicopter money” in economics. It is quantitative easing (QE) for the people and works ultimately the same way as a large tax cut does, except it is more efficient, more targeted and works considerably more quickly because it works on the source of the panic, which is ultimately inside our heads. We panic because other people panic.

The role of leadership in a crisis is to understand the anxiety of the people and do something about it. Helicopter money is part of that solution. It’s been tried in Honk Kong last month. We should do it here. You get money to people. The State doesn’t issue debt and therefore the debt ratio doesn’t rise and ultimately you stop the widespread panic.

In addition, rather than waiting for people to be laid off and providing benefits for them, we should try to do whatever we can to keep people in jobs even though we know nothing will move in this economy for months. In Denmark they’ve come up with an interesting initiative. The state has told employers that, for three months, it will pay 75 per cent of the wages of the monthly salary of every employee that the company was about to lay off. It will also cover 90 per cent of the weekly wages of workers paid by the week. It is aimed at dissuading companies from laying people off for three months.

The idea here is to keep people employed, even if they aren’t doing anything, and the objective is to buy time. For workers it avoids the personal shock of being laid off without notice, and for employers it rewards companies that keep their workers. When this passes, there will be less dislocation for both workers and employers and the period of lockdown will be a much less anxious one for everyone. The Danes have targeted intervention on the crucial link between employers and employees. In a crisis this is the most critical link in the chain.

Combining helicopter money on the monetary side with a system that rewards companies for holding on to staff with a large subsidy appears to be extremely sensible and efficient. However, much more importantly, both policies are designed to reduce anxiety in this incredibly stressful time.

This is what “economics with a human face” looks like. It’s time to reveal it.