There is a vaccine to immunise the economy. It’s the bond market 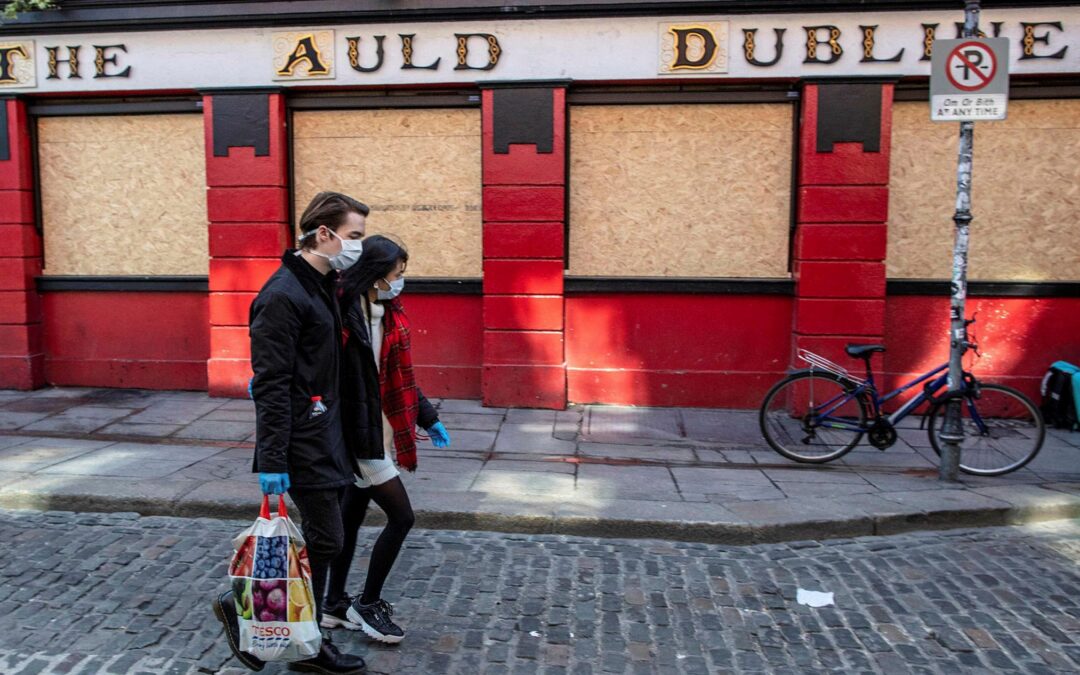 During the first great agricultural revolution (10,000 BC to 5,000 BC), when humans moved from being hunter-gatherers to farmers, settling in small villages and ultimately towns, the world human population is estimated to have increased from four million to five million.

In the next 5,000 years, from 5,000 BC to the birth of Christ, the human population is thought to have increased from five million to 100 million. In this second 5,000-year period, the human population increased approximately 25 times whereas in the first 5,000-year period, the increase was marginal. The reason for this disparity is that the earlier five millennia of domestication were the most lethal years in human history.

When we started to domesticate animals – cows, chickens, sheep, goats and pigs – and began to cultivate plants – particularly wheat, barley and rice – disease killed us in huge numbers.

By domesticating animals, their diseases became our diseases. Most scientists today agree that Covid-19 crossed into humans from an animal, most likely a bat, and during the early first agricultural revolution, other diseases jumped from animals to humans at a time when humans had no immunity.

As our immune system had no memory of these new invaders and therefore no antibodies to call upon, epidemics from these domesticated animals killed us in huge numbers.

It took many centuries of epidemics for us to figure out how to fight them. The ancients knew all about these epidemics and contagion. In fact the Akkadian word for epidemics translates literally as “certain death”.

Akkadian was the language of the peoples of Mesopotamia, the first urbanised civilisation in the world, the people who gave us the first written documents, the first mathematics, accountancy and bureaucracy. These were the first city states, with their own codes, city walls and tax collectors.

They reacted to epidemics such as measles, influenza and smallpox, in the way we do today. They understood contagion and appreciated that the disease jumped from the sick to the healthy, so the sick needed to be confined. They knew that these were “crowd diseases”. Quarantines were common and travellers (usually soldiers or salesmen) were isolated.

Over thousands of years, we developed immunity to many diseases as survivors passed on the genetic information to the next generation. As a result, the human population started to increase as we adapted to our new diseased urban world.

It is extraordinary that the 21st-century reaction to pandemics mirrors that of ancient Mesopotamians, despite our technology, testing capacity, far superior health services and comprehension.

They locked down; we lock down. They quarantined; we quarantine. They suspected travellers; we suspect travellers. They had no vaccines; as yet, we have no vaccines. They lost tax revenue; we lose tax revenue. They stopped building temples, worrying about state revenue; we worry about government expenditure.

Covid-19 kills only a small percentage of those infected. Nearly all people who contract it survive, meaning our immune system does its job in the vast majority of cases. It identifies the invader, marshals its antibodies and goes to work.

That was not the case for the ancients. Our immune system is an evolved version of their immune system, experienced and bolstered by many conflicts with these types of invaders over thousands of years, passing on genetic information. Yet the reactions of ancient Mesopotamia and modern Ireland are not dissimilar.

This disparity between the overwhelming survival rates and the bluntness of lockdowns, virtually ensuring mass economic carnage and bankruptcies, is fuelling scepticism about the latest lockdown moves.

Are we to do this for the next two years? Three years? Businesspeople, particularly those in retail, hospitality, transport, entertainment – what I like to call “the Craic Economy” – are entitled to ask this question.

The Craic Economy could be as big as 20 per cent of GDP, maybe more. It is highly labour-intensive and wonderfully creative, encompassing the visual arts, theatre and cinema, not to mention music, festivals and the entire production infrastructure that goes with performance art.

When does the entrepreneur behind a small retail business choose to throw in the towel and declare that she’s had enough? Or when does the restaurateur who is being asked, yet again, to close down, simply walk away? Once this happens, the rolling defaults on loans, rents, tax liabilities will become an avalanche.

Common sense, rather than economic modelling, tells you this is already happening. If a business has no income, that business is going out of business. When a business runs out of cash, it is no longer a business; it is a shell.

Therefore, if the State wants to deploy the lockdown approach to living with Covid-19, it must devise an economic strategy to protect the economy during this period. Alternatively, it can look to the Swedish alternative of testing, contact tracing and personal responsibility.

As of now, Ireland’s medical advice is to continue with the lockdown approach, so what should we do on the economic front?

The good news is that, while we may not be acting very differently from the ancients in terms of quarantine, isolation and social distancing, our economy is more sophisticated and the economic tools at our disposal are more effective, if we choose to use them.

The future is free

The key difference is money and our understanding of it. We now have something called the bond market which means we can borrow from the bright future to prop up the traumatised present. Please take that description in.

We also know that the future is free. The rate of interest, which is the price of money in the future, is officially zero. What this means is there is no cost to dipping into the future to bailout the present.

Going into the winter, the real jeopardy for business is lack of cash, so there will be defaults, and a domino cascade of bankruptcies. If the problem is no cash, give them cash. It costs nothing. This is helicopter money for business. The State issues an IOU, goes to the European Central Bank, gets real cash at zero per cent, gives it to business (yes gives it for free) and the businesses reassure their creditors that they have money.

Their creditors’ fears are assuaged, and they chill out and stop demanding payment. Deals will be done in an atmosphere of calm, not angst. This column suggested we do this in March. It’s not too late. It’s just a matter of imagination.

Odd as it may seem, while we have made enormous leaps in medicine since Mesopotamia, we are still bedevilled by disease. Thankfully, we have made greater leaps in monetary economics – so much so that the bond market can provide the winter vaccine for business.

It just a pity the people at the top don’t seem to understand that.