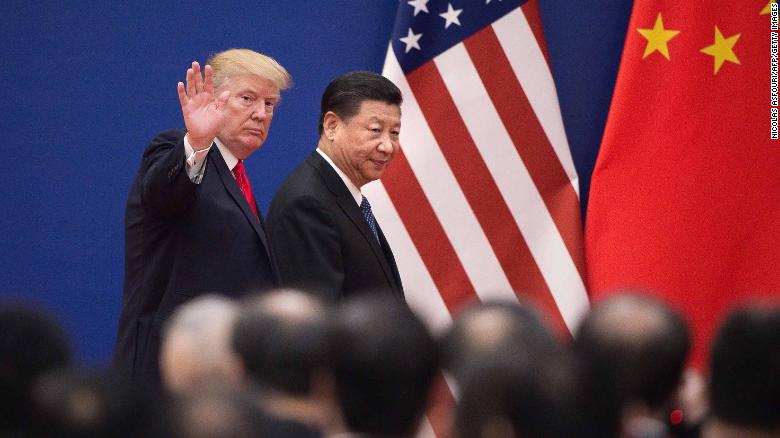 As the China-US trade war sends international stock markets reeling and threatens to escalate, economic history can help us make sense of it.

For example, recently in Russia, during an inevitable conversation about the UK and Brexit, some Russian friends compared the much-loved (in the West), Mikael Gorbachev to Boris Johnson.

To our ears, Gorbachev is the brave hero who brought democracy to the Soviet Union. Comparing the great Russian reformer with the buffoonish Johnson appears unfair and harsh, but many Russians dislike Gorbachev intensely. They accuse him of having – like Boris Johnson – no sense of responsibility.

Leaders, these Russians argued, need to know what they are playing with when they drag a country from one status quo, however flawed, to a different one. As a leader, once you unleash forces, you are responsible for controlling them.

My Russian friends compared Gorbachev to Johnson. He was, they said, a shallow child driven by ego, who had no idea what he was doing when he allowed the Soviet Union to break up for some nebulous idea called “western-style democracy”. Gorbachev did so, in their view, without regard for the economy, the history or the practicalities of Soviet-era power.

In short, perestroika was Brexit for communists.

In their eyes, Gorbachev had a big idea and a slogan, but no plan about how that was to be achieved. They didn’t doubt that change needed to happen, but they condemned the all-or-nothing, overnight approach that characterised the end of the Soviet Union, 30 years ago.

To them, Gorbachev was all talk and no detail. Ultimately, like Johnson, he preferred the rhetorical flourish to the practical execution of a well-thought-out strategy. He waltzed the country that had won the second World War into a decade-long chaos that introduced 20 years of Vladimir Putin.

These Russians’ Gorbachev-as-Johnson, perestroika-as-Brexit comparison is not totally convincing, but it helps us see the world from a non-Western point of view.

Today, with two of the three most powerful traders in the world involved in an escalating trade war, this sense of history is often lacking in our geo-political debates, particularly when our most important commercial ally, the United States, is involved.

By turning their guns on the students of Tiananmen Square, the politburo signalled that there would be no abrupt end to communist rule in China. In so doing, they set in train an economic path that has propelled China upwards, culminating in this trade war with America.

To understand why they did it and how we got to this trade war, it is instructive to look at Japan in the late 19th century as the model for China now.

Again trade is involved, again big country diplomacy and bullying. But – like the Chinese 30 years ago who saw what was happening in Russia – the Japanese looked at what had happened to China in the 1840s Opium War and concluded this won’t happen to us.

In the 1840s, Europeans wanted Chinese silk to trade but had very little that the Chinese wanted to buy, so they decided to sell them heroin. Britain flooded China with heroin harvested in colonial India in order to crush China.

When the Chinese decide to fight back, the British sent in the gunboats and subdued the Chinese, forcing them to sign humiliating peace treaties. The Opium War is one of the most foul episodes of cultural devastation orchestrated by Britain in a litany of cultural vandalism that goes back some centuries.

The Japanese, isolated for more than 200 years after they’d kicked out European traders and Christians, looked on in horror and realised that they were next. So enormous was the technological gap between Asia and the West that Japan had to catch up whatever way possible because, ultimately, the Westerners would invade and do to them what the British had done to China.

In 1858, an American steam fleet under General Perry sailed uninvited into Tokyo harbour. The Japanese – having no steam power – knew they couldn’t match this and reacted with what is known at the Meiji Restoration. Japan bought time by allowing the Americans to use some Japanese ports and, like China in the past 30 years, set about industrialising Japan.

Japanese engineers learned Western methods and science; Japan changed its constitution to ape Western legal systems; and it copied Western military blueprints, basing its navy on Britain’s but its army on Germany’s. The period of industrialisation was matched by a diplomatic rule of avoiding all conflict and flashpoints with the West, until Japan was ready.

By 1905, Japan was ready. When Tsarist Russia blundered into conflict with Japan, the Japanese destroyed the Russians. For the first time, a power had risen in the East that was equal to and better than the old powers.

Today, China’s pathway can also be seen as defensive. It has seen what happened to Russia and the Soviet Union, it has seen the West cheering on the end of communism, it has seen the chaos of the Yeltsin years and the hijacking of the Soviet economy, and concluded: that’s what happens when you are weak. So let’s be strong. And strong means economically powerful rather than democratically pure.

As this new trade war plays out, it’s not hard to conclude that it has come a bit too early for China. In this regard, president Donald Trump’s gut instinct might be right because the US is not getting stronger geo-politically from here, while China is.

The lesson we can take from history is that, even if there is a trade deal hammered out, this not the last time these two great powers will collide.