Ultimately, uncontrolled inflation will be followed by a recession 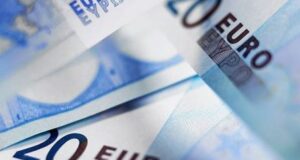 Inflation concerns us all as the value of money is being eroded by higher prices. To understand what is happening, let’s go right back to where money started. Herodotus’s Histories (4th century BC) tells us that the Lydians were the first people to use money and coins. Their king was the misfortunate Midas.

According to legend, and contrary to his modern image as a greedy man, Midas was a poor but generous king who opened his doors to all comers. Unknown to the kindly Midas, one of his guests was the foster father of Bacchus, the Greek god of good craic. Impressed by Midas’s spontaneous generosity, and despite Midas’s own privations, the foster father told Bacchus of this charming, poor yet generous king in a parched land.

In recognition of his hospitality, Bacchus granted the poor king Midas one wish.

Midas, aware that being poor and being a shepherd is one thing but being poor and holding the title of king was a source of ridicule and pity, asked that everything he touched be turned to gold. The wish was granted.

Midas touched an apple, and it turned to gold, rendering it valuable but useless. His beloved daughter ran up to hug her father and she too turned to gold. Realising his folly, the distraught Midas beseeched Bacchus to free him of this curse. Bacchus took pity on Midas, and told him to bathe in the River Pactolus, transferring his Midas touch to the river.

The river shone like gold because it carried electrons known as white gold. The word electric stems from the Greek “elector”, meaning “he who shines”. The Lydians mined electrons from the area around the river, and Herodotus tells us that these Lydians “are the first people we know of to use gold and silver coins and they were the first retail tradesmen”.

A hive of commercial activity, the Lydian empire extended throughout much of modern-day western Turkey. Since their time money has dominated much of human history, and one of the core dilemmas in the various iterations of money has been its base value.

Today in the land of the Lydians, inflation is running officially at 56 per cent but unofficially at close to 150 per cent. The value of Turkish currency has collapsed. Not too long ago the lira was 1.5 to the euro; today it is 18 liras.

Turks no longer trust their own currency, and 64 per cent of all savings in Turkish banks are in dollars or precious metals. We are witnessing the slow death of money in one of the most geo-strategically important countries in the world.

Just south of Ukraine, Turkey is one of Nato’s largest members, a big boy in the Middle East and perhaps the only regional military power that Russia would not dare confront.

Could something similar happen to inflation in western Europe?

The short answer is no; the ECB will not allow it. Interest rates will be increased if necessary, and there are very few scenarios that would allow such a monetary calamity to befall the euro, all of which would be coincident with far greater political fissures within Europe – which are highly unlikely.

That said, inflation is not going to go away on its own, and regions of Europe will experience the next few years in profoundly different ways. The ECB is likely to play it cool, not least because take-home wages all over Europe are being eroded by inflation, which has hit near 40-year highs in Germany and Spain, while the 7 per cent annual inflation figure recorded in Ireland for April was the highest in over two decades.

Real wages are falling. On average nominal hourly wages within the euro zone rose 1.5 per cent year-on-year in the final quarter of 2021, lagging the 4.6 per cent surge in inflation over the same period. This translates to a 3 per cent decline in real wages – the largest decline since the relevant data came online 14 years ago. It’s impossible to raise rates in this environment, and therefore Europe is likely to wait until energy prices begin to fall.

Where does this leave Ireland? We are, as always, an outlier, half-American/half-European, growing much faster than the average, attracting in more capital and people, ideas and talent.

A way of looking at Ireland with the euro is less as a county and more like a region of the US. This implies that if prices rise here faster than the rest of the EU, we have no policy tools like interest rates or exchange rates to dampen local demand. We must let it wash through the system. This implies higher prices in Ireland than in the core EU for the foreseeable future, particularly in sectors where we are blighted by dysfunctional supply, most notably in housing and rental.

Real interest rates will remain negative in Ireland because the ECB is not seeing the pressures across Europe that are acutely evident here. Therefore, the property market will suck ever more capital in to an increasing rigid supply, pushing prices yet higher.

The latest figures from Daft.ie show rents at record highs, with inflation at close-to-record rates. Already house prices are close to their Celtic Tiger peaks. There is not enough supply with just 850 homes to rent nationally versus an average of 9,000 a decade ago.

The recipe is pretty straightforward: prices will keep rising, fuelled by low-cost capital and demand. Supply will rise slowly at first and then very quickly. Once this happens rental prices will stabilise and quality per euro will improve – but at that stage the market will be at peak fragility.

Once Irish inflation deviates from the EU average, it will continue. Anyone who has recently travelled will have noticed the vast price difference between here and the continent. That’s the effect of years of higher inflation.

Irish inflation and wages look to remain substantially higher than those of our EU competitors. For the businessperson profits will be lower here than in other countries as the return on investment will fall for everyone except those who can avail of tax breaks, which reduce the cost of capital. The domestic sector – tourism, agriculture and small exporting industries – will be priced out of the international market.

Ultimately, inflation – if it gets out of control – will be followed by recession. The price of everything , especially houses, will fall, and whatever government and political party is holding the can at that stage, will probably not govern again for at least a decade.

Remember Midas’s wish, the one about everything turning to gold so that his people would love him? In politics, as well as economics, be careful what you wish for!