Wages will rise and profits will fall amid the Great Resignation 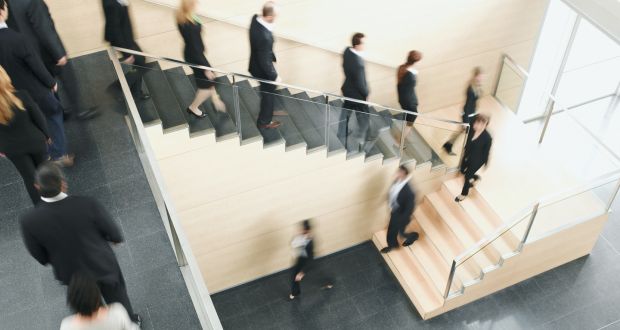 One impact of the Black Death in the mid-14th century was an upsurge in the international slave trade. The collapse in Europe’s population caused by the plague led to a massive labour shortage. Slaves were the solution. Italy, being the centre of the European economy, absorbed many slaves from the Muslim regions of Spain (Ibiza was a slave trading centre), the Balkans, Constantinople, and further east. Many slaves were as young as 10 years old, either kidnapped or sold by desperate parents.

Writers at the time noted that a huge diversity of peoples ended up in metropolitan Italy, including Asiatic Tartars, Russians, Georgians, Circassians, Parthians, Greeks and Caucasians of all sorts. Florence officially encouraged mass slavery, provided the poor misfortunates were non-Christian “infidels”.

The Italian labour force was changed profoundly by the plague in other ways. As wages rose for local workers, because there were fewer of them and more slaves, local Italian workers could afford education and could send one child or more to school. Literacy took off, creating the educational bedrock for the Renaissance. Italian attitudes to work and the opportunities life afforded the average artisan were transformed. Italians worked less and read more, creating a new educated class.

Pandemics do this sort of thing: they change us in ways that are impossible to predict.

Right now, one of the biggest changes ushered in by the pandemic is the increase in the numbers of people choosing to quit their jobs and reassessing work. Americans are calling this “The Great Resignation”. According to the American Bureau of Labour Statistics, almost 20 million Americans quit their jobs in the five months from April to August of this year. The trend is accelerating. A whopping 4.2 million workers in the US walked out in the month of August alone, with the quit rate jumping to 2.9 per cent. And one in 12 of everyone working in hospitality quit in August.

People are just not going back to the old ways. Many want to feel more fulfilled; lots of people are going out on their own, and more still want to remain at home. We are also observing the concept of the “DIY family” where rather than outsourcing everything, from childcare to home improvement, many families, after two years of working and living from home, realise they quite like it.

They are prepared to spend more time trying to do things for themselves rather than work harder and harder making more and more money, just to spend it on outsourcing things they can do themselves. There is also a broader sense of “taking back control” of your life. Having proved that we don’t have to be commuting robots, tied to the office, lots of people are beginning to see a different day-to-day life, where having more time for yourself is essential.

These are big changes in a society which was becoming increasingly defined by work. Not too long ago in Ireland, it wasn’t unusual for people to ask each other, “How are you, busy?”, as if being busy was a state of grace, an aspiration or even life’s purpose. In the past two decades, workers who were high achieving, high status, highly paid, and mostly male reacted to getting more money by working harder and longer, as opposed to taking time off and working less. For Homo Productivitus, worshipping at the high altar of work was the norm.

The pandemic has changed this.

McKinsey, the management consultancy, has just published a report on this latest phenomenon which found that 40 per cent of employees are at least “somewhat likely to quit” their jobs in the next three to six months, with 18 per cent suggesting this was “likely or almost certain”. This was true of the five countries surveyed – the UK, US, Canada, Australia, and Singapore

In Ireland, we are seeing the same sort of numbers. A recent poll conducted by Workhuman reveals that some 42 per cent of Irish workers intend to leave their jobs within the next year, whereas before the pandemic only 21 per cent had wanted to switch career. Moreover, another survey by the Work Futures Lab suggests that 41 per cent of workers believe their future career lies outside their current organisation. The Irish biotech firm Kastus has also just published a survey revealing that employers will have to work a lot harder to retain staff and get them back in the office than previously assumed.

Back in the US, whether it is optimism about their chances on the job market or exhaustion with the world of work, a considerable 36 per cent of respondents who had quit in the past six months did so without having another job lined up.

The issue of resignations seems widespread, with half of employers surveyed saying they are experiencing greater voluntary resignations than usual. Of those experiencing this trend, some six out of 10 suggested they see the problem persisting. What’s more, while most worker respondents say they are not likely to quit in the coming months, they too are not universally enamoured with their work. Among this group, some 65 per cent cited the fact that they liked where they lived as the primary reason for not wanting to quit their job. As remote work takes off, they too could become more inclined to hand in their notice.

The pandemic has allowed people to reconsider some of their key relationships, such as work, family, the boss, the rat race, the committed career working for one company. Many have decided that now is the time to change their lives. People are moving out to the country or back to their hometowns. Property prices outside Dublin are rising faster than in the city as we reassess our lives, lifestyles, and locations. Wages are also rising. Once employees gain the upper hand, making themselves scarcer, employers must pay more, which is precisely what is happening. We are entering a period where wages will rise, and profits will fall. Some call this wage inflation, others call it economic justice.

In the 14th century, the longest-lasting social impact of the pandemic centred on who did what, who worked where and at what price. A wholesale change in the artisan’s perception of education led to much higher levels of education and enquiry, all of which laid the groundwork for the Renaissance. Could we be on the cusp of something similar? Maybe the Great Resignation will pave the way to the Great Reimagining.