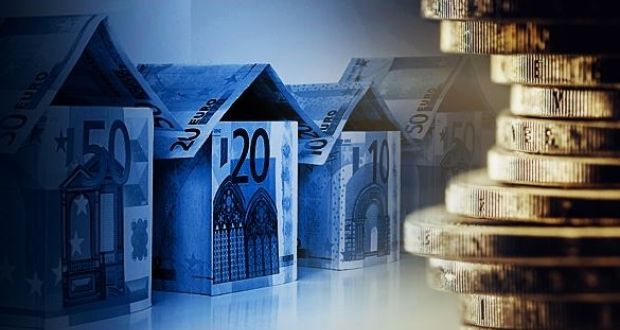 After years of hard slog, failed experiments, dry runs, tinkering around and enormous effort, an American medical researcher, Jonas Salk, developed the first safe vaccine for polio in 1955. A brutal, highly contagious disease, polio attacks the central nervous system and can cause deformity, particularly to the legs. It was a common killer in Ireland and around the world.

Salk, a fascinating character who married Françoise Gilot, a muse and mistress of Picasso, could have been made fantastically wealthy by his discovery, but he chose to give away the patent rather than cash in. The polio vaccine was given out for free to millions, saving countless people. In later life, Salk was asked why he chose not to profit from his breakthrough. He responded that his philosophy in life was to be “a good ancestor”.

It’s a lovely concept being “a good ancestor”. Joe Biden’s backing of the proposal to take the Covid vaccine off patent has a “Salkian” tone to it; giving away free the gift of life is hard to beat. On the other hand, it’s not hard to understand why pharmaceutical companies might want to issue patents to protect their investment in medical research which can take many years and huge capital commitment to perfect. Not surprisingly the share prices of pharma companies, particularly the one leading the vaccine drive, fell sharply this week. It’s a balancing act between keeping the financiers of research motivated to keep investing while ensuring the patients or health services who will use the drugs are not hostage to price gouging by the pharma companies.

What type of people do we want to be? And what type of environment do we want to live in? Do we want to live in a world where the concerns of the short term, the immediate balance sheet and the quarterly profit margin dominate? Or should we be more concerned about the long term and focus on the legacy we will leave, the quality of lives for the many and the good we do?

Quite apart from concerns about vaccines and patents, right now this debate between patience and impatience is also playing out in Ireland in the housing market, even though many of the protagonists don’t realise it or don’t choose to frame it as such. The housing crisis in Ireland is a multi-headed hydra involving finance, planning, cost of building, banking behaviour, building standards, demographics and, ultimately, a struggle between landowners and land users with builders in the middle, who regularly don’t appreciate that landowners are not their friends and often pick the wrong side. The solutions to these various dilemmas, while not easy, are technical and economic in nature. It can be fixed.

At another level, there is a deeper, more philosophical debate waging. It centres on the core inconsistency embedded in what we might call the “promise of property”. The inconsistency is the promise that property will make you wealthy once you own it and sell it on, allied with the promise that the first-time buyer can buy an affordable house. You can only have both of these aspirations for a number of generations because eventually, the society runs out of buyers. We are here now. If we promise homeowners the option to sell on eventually, cashing in at much higher prices than they originally bought the property for, then we need to create a buying class with limitless income. Societies that get lucky economically can probably get away with this, in a fast-growing economy, for at most two generations, then we run out of buyers rich enough to play the game.

Given how many have assumed the viability of this little intergeneration heist, it takes time for society to realise what is going on, so the last generation of first-time buyers will be suckered in with 30-year mortgages, equity-to-buy schemes, first-time buyer grants and the like. These are signs of intergenerational desperation, designed to keep the heist going because the political class can’t see beyond the next election and is petrified to call time on the promise.

We end up shouting at each other about all class of avian funds – cuckoos, vultures, pigeons, whatever – rather than take a breath to see the reality that is unfolding. We are at the end of a system of profoundly unproductive and highly fragile distortion of wealth. It is a giant, slow-moving housing Ponzi scheme, where exit at the top is dependent on suckers at the bottom. Once you are in the scheme you have a vested interest in keeping the show on the road, whether it is by voting for whoever will threaten it least. Before the system runs out of buyers rich enough, the banking system will lend erratically just to keep the scheme going, condemning another generation to debt. This is all late-stage property heist stuff. The system won’t crash like 2008, but slowly and painfully grind to a halt, dominating local politics as it does.

However, there is a solution. It comes down to the patient versus impatient dilemma. The reason funds such as Reits are at the centre of the story is because they are impatient capitalists. They are short-term investors, borrowing from richer funds and promising an annual yield to investors. They are condemned by short-term thinking, even if they don’t understand this and claim their investors are in for the long haul. Once you have to come up with relentless quarterly profit you are a rodent on the short-term treadmill.

Short-term thinking bullies long-term thinking. We are back in the housing equivalent of charging for vaccines rather than thinking about the greater good.

There is a solution to both the finance and philosophical dilemma, and it involves patient money, money that is borrowed at fixed rates for 100 years. This takes the neurosis out of the balance sheet and – critically – allows us to be good ancestors. These stable long-term loans are how the Dutch Republic financed dykes, for the common good, in the 17th century. Long-term bonds eliminate any capital shortage. The State can borrow today at less than 1 per cent and doesn’t have to flog assets to funds which are only short-term money junkies dressed up as long-term players. We can also manage the transition from “property ownership” mindset to “accommodation users” mindset. We move from a short-term wealth extraction mentality to a lifetime stability mentality.

The answer to financial problems is financial creativity. The bond market can fix the housing problem. It allows us to time travel, to build today and pay tomorrow. This is the essential time-warping alchemy of money. It allows us to be good ancestors. Let’s use it.