We face a very different economic picture for next 2 years 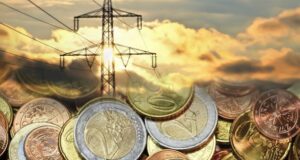 In the late 1970s, the US launched a monetary war on inflation which culminated in the early 1980s with US interest rates peaking at 22 per cent. The Federal Reserve chairman at the time, Paul Volker, had no qualms about destroying the country’s existing manufacturing base to defeat the enemy of rising prices.

The US central bank engineered a deep recession. It was a blue-collar stagnation, hitting construction and manufacturing hardest. If you want to get a flavour of the cultural impact of this trauma listen to Bruce Springsteen’s The River album, recorded as unemployment began to soar, decimating the livelihoods of Springsteen’s immediate family.

This recession broke US trade unionism and led to the rise of the so-called “Fire” economy of finance, insurance and real estate. When the recession had destroyed much of the economy, interest rates collapsed since their job was done. Inflation disappeared in day-to-day prices and wages. The subsequent deregulation of banking buoyed a new economy ushering in the era of Ronald Regan and his handmaiden in the UK, Margaret Thatcher.

When it eventually got up off the canvas, working-class America was wobbling; it never fully recovered. Today, the average American’s real wages have made little or no progress since the 1980s, while the wealthiest have become unimaginably rich. The low-inflation policy of the past 30 years was paid for by compressed wages, while the dividend has been a massive appreciation in asset prices.

In addition, as wages have fallen, making labour cheaper, corporate America has invested less and less in machinery and technology. Why invest in productivity-enhancing machinery when wages are so low? Many sectors of the US economy have become low-wage/low-productivity traps.

For the United States, the consequent inequality remains the defining domestic political issue of the day, fuelling on-going culture wars and nativist politics. The centre was weakened: Democrats lurched to the right for a generation, and Republicans, the party of Abraham Lincoln, were shoved into the arms of a deeply flawed narcissist. Economic policy options have deep, lasting, multifaceted consequences.

Today, the US might be on the cusp of another interest rate crusade against inflation. Are we prepared? Clearly not.

As food and energy prices move together, spiralling energy costs linked to the Russian invasion of Ukraine are kicking in, but so too are blocked post-pandemic supply chains and China’s Covid woes, which are choking off the supply of cheap manufacturing goods to America.

The Fed’s desired inflation target is 2 per cent, suggesting that further monetary tightening must be in the pipeline unless inflation disappears on its own. Could interest rates need to rise as high as 5 per cent or 6 per cent to fully beat inflation? And if so, who will record this decade’s version of The River ?

This week, the Fed raised its benchmark interest rate by 50 basis points, the biggest single rate hike in over two decades and the first consecutive rate hikes since 2006.

Europe faces different dilemmas, but global interest rates tend to take their lead from the US. The direction of interest rates is clear. The issue is how long the ECB can hold out in the face of more aggressive tightening from Washington. Financial markets are already indicating that European deposit rates will move out of negative territory for the first time in a decade, with further tightening to follow in 2023.

Within the euro zone, headline inflation stood at 7.4 per cent in March, although core inflation (stripping out energy and food prices) is much more subdued at 2.9 per cent. There are different wage pressures in Europe than in the US. The European economy is in a more precarious position: there’s a war going on. This means the ECB will be loath to raise interest rates in the face of a refugee crisis. But higher inflation and a falling euro against the dollar might make that necessary.

If so, where does all of this leave us here in Ireland? Rate hikes work through the housing market. According to figures from the Central Bank, there was a total of just under €70 billion worth of outstanding credit advanced to Irish households for property purchases at the end of last year. The vast majority (91 per cent) of this was for principal dwellings, rather than buy-to-let or holiday homes. Of mortgage lendings for principal dwellings, just over half were on floating interest rates of one kind or another, meaning they are susceptible to higher interest rates immediately.

Data from the Central Bank also reveals that the average interest rate on the €626 million worth of new mortgages agreed in Ireland in February was 2.76 per cent, roughly double the euro zone average of just 1.36 per cent. Because of low competition in its banking sector, Ireland consistently ranks as one of the most expensive mortgage markets in the bloc.

The weighted average rate on new fixed-rate mortgages, which make some 81 per cent of the total, was slightly lower at 2.6 per cent; variable rates averaged 3.46 per cent. Recent estimates suggest that the average first-time buyer in Ireland is paying about €2,200 more per year on their mortgage repayments than their continental peers.

Irish people are already squeezed by rises in energy and food prices. Economists talk about the difference between “headline” and “core” inflation when assessing policy options, but the average person pays headline inflation. We fill our cars with fuel and our fridges with the weekly shop. Headline inflation is our inflation, and it is real. Real wages are therefore already falling. Add to that the absolute certainty that mortgage rates will rise, and we are beginning to imagine a very different economic and political picture for the next 24 months.

Looking further out, imagine inflation staying stubbornly high, forcing the ECB to act to wring inflation out of the system. This would involve pushing up rates, if the US Paul Volker model were copied, to twice the levels of core inflation. That would mean headline EU interest rates of 6 per cent and an Irish mortgage rate of at least 8 per cent.

Time to dust off that old 1980s record collection?