We should reopen the youth economy first 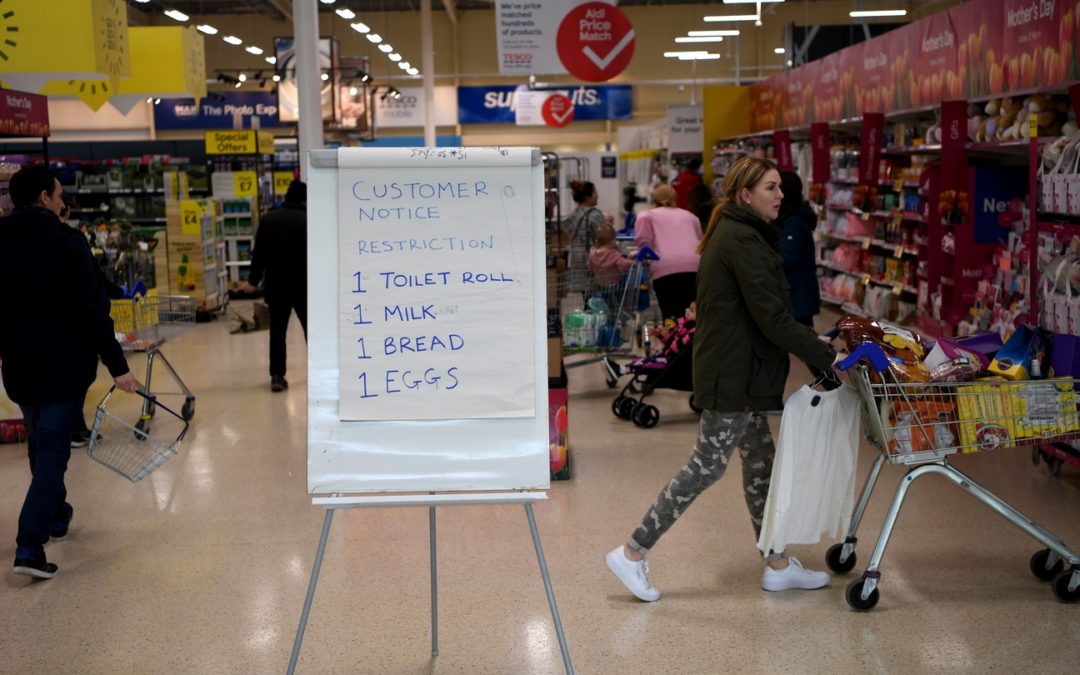 How we behave in this crisis will determine how we come out of it. In the 1960s Martin Luther King spoke of the “fierce urgency of now”; what is critical in a crisis is today – tomorrow can look after itself. We can view our traumatised economy in a similar way.

From the point of view of commerce, the most critical point is to keep small businesses afloat and prevent mass bankruptcies, which would prompt defaults and prevent business people from getting back on their feet.

We do this by giving small business huge support immediately and then figuring out a pathway to reopen the economy. We can prevent mass insolvencies by getting money into the accounts of vulnerable small businesses.

As they employ half of all Irish workers, without small businesses we are goosed. No amount of multinational or public-sector employment can replace them. Small businesses run out of cash quickly and, as already mentioned, when you shut the doors in bad times, those businesses don’t open up effortlessly in good times.

That’s not how commerce works. When a business closes, it’s gone. Understanding how precious a business is and how difficult it is to set up, the instinct of the small business person is to preserve whatever cash they have in a crisis. They hoard cash. In fact, everyone does.

For small businesses, this means that all your debtors, for whom you have worked and who were a source of stable income that you traditionally banked on, have changed into toxic, high-risk potential defaulters. Invoices that used to be bankable have morphed grotesquely into a grenade about to go off on your balance sheet.

In normal times, the more unpaid invoices outstanding, the greater your future stream of income. This is the basis for “invoice discounting”, whereby banks and finance companies lend to companies using invoices as collateral. For years, invoice discounting has been an effective way of managing cash flow. Now this has changed, and rather than being a sign of strength, the more invoices you have out there, the closer you are to insolvency.

This is why the Central Bank must credit small business companies’ accounts with “helicopter money” immediately. The Bank of England took the first steps towards helicopter money this week, by paying for UK government expenditure without the government having to issue debt in return. This is the beginning of massive policy change. Dropping free money into business accounts will prevent mass insolvencies.

Indeed, if central banks want to have collateral against such a drop of cash (unnecessary to my mind), they could use the invoices of the entire small business sector as collateral.

The critical objective is to prevent insolvencies in the lockdown. Once the debtor side of the balance sheet it shored up with cash, the creditor side looks after itself because every debtor has a corresponding creditor.

This column gently critiqued accountants a few weeks ago, but accountants understand this basic business identity. In contrast, economists – the vast majority of whom have never run a business and tend to be employees, usually in the public sector – fail to understand the extreme urgency of now when it comes to cash flow.

And, more egregiously, they tend not to understand that the Central Bank can fix this potential catastrophe in crediting accounts by printing money. In a deflationary world, with unemployment heading towards 20 per cent, there is no inflationary risk.

Arguments against such a move have a habit of suggesting that devious small companies will abuse such a scheme or that we are rewarding weak companies that are intrinsically badly managed and thus in the process penalising well-managed ones. This is the moral hazard argument. In a crisis we should be more worried about real hazard than moral hazard.

Once cash flows are stabilised, the next phase is how we reopen the economy, governed by a balance between epidemiology and economics.

We have to be very careful here because if the disease is still out there, we risk something epidemiologists called the “epidemic yo-yo”, where releasing people back into normality too early allows the virus to take hold again. This happened with Ebola in Congo.

That said, there is likely to be a gradual return to normality, not least to minimise economic costs. It is highly unlikely that the whole population will be discharged from isolation on the same day; the release will be staggered. So what might it look like? Who will be allowed leave home first?

Maybe we could release the young first, but keep them away from the vulnerable. Sweden is following a policy something like this already: isolating the vulnerable, but also letting quasi-normality reign, confident that their health system and ICUs can cope. This is what flattening in the curve is all about. At some point, doctors (not economists) will advise on the next phase.

We know that recovery rates and immunity rates for young people are much higher than the rest of the population. They are also the key to the natural immunity we need. So why not release them first? Why not hand over some leadership of the economy to the young? After all, they are losing most now. Open the youth economy first, then gradually reopen to all generations.

Young people are paid less than others and they have lost their jobs in much greater numbers because they are disproportionately working in retail, hospitality, bars and restaurants. But they are largely free of the disease. So they are being penalised despite being healthy.

Clearly, they can be carriers, and we must protect older people but why not release people under 35 who are not living with their parents? They need to get their lives back on track and have the potential to create a wonderfully vibrant youth economy while the rest of us are locked up.

How would this work?

Now if we subtract these from the total, we can isolate the number of young people for whom restrictions could be lifted early. Over half a million people, or 588,474, could be “released” in a matter of months. We know that the average salary of the worker under 35 is €35,998. This allows us to get a sense of how much money could be injected into the economy immediately, by letting them lead.

If you think that half of them will have lost their jobs and will have to look for new ones, it still leaves hundreds of thousands of young people earning the average wage.

We expect young people to lead in art, sport, music. We depend on them in war almost exclusively. They run the night-time economy and huge sections of the service economy. They have been badly affected financially by this pandemic despite being largely healthy and, if sick, they recover first, forming the bedrock for national immunity.

It’s time to save companies with helicopter money and then allow the young to step forward and lead the rest of us to the promised land.

This Easter weekend many Irish people will worship Jesus, who was, after all, under 35.