When the US and Russia finally negotiate, Ireland should play host 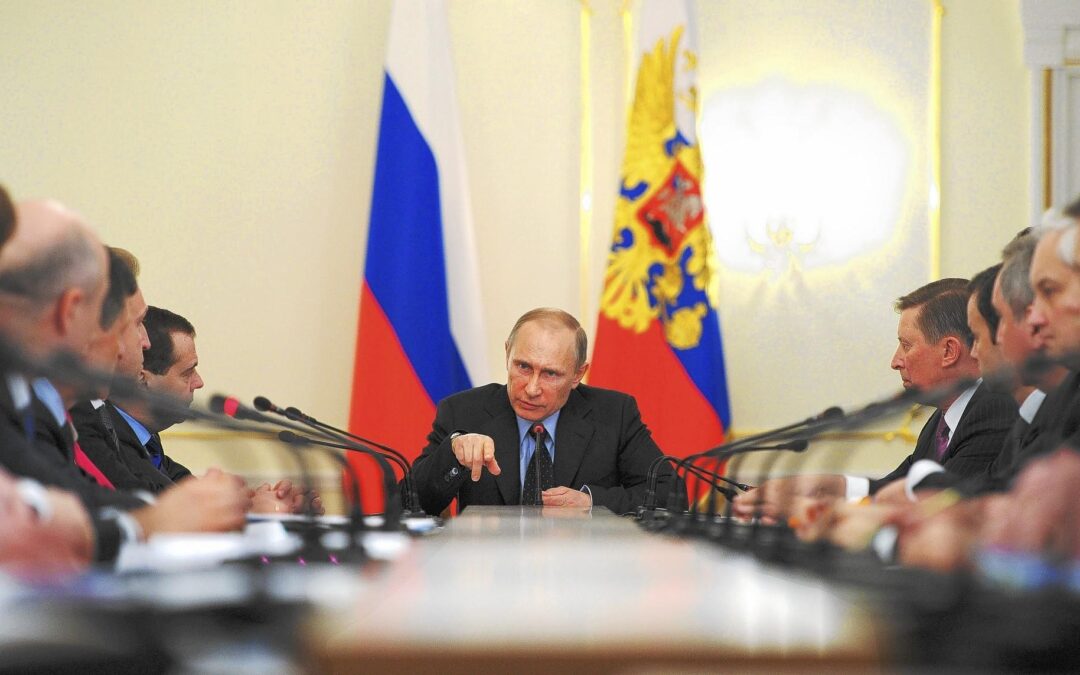 A keen language student back in 1990, I arrived in the village of Stari Ruza, 50 odd miles west of Moscow. Near Borodino, where Napoleon’s republican advance was halted by Russian forces, the last westerners seen in the village were Hitler’s retreating army in 1942.

The local babushkas, intrigued by the arrival of this red-haired foreigner, referred to me as Gitler. Yes, that’s me, Hitler, pronounced with the Russian inverting “g” for “h”. The grannies hadn’t seen foreigners since 1942 and apparently the last Nazis in Stari Ruza, teenagers from the Rhineland, had red hair. Who doesn’t put two and two together?

Russians have a complicated view of the West. They will rightly say it is Russia that has been invaded twice by the West, first by Napoleon and then by Hitler. The aggressor was western and not the other way around as depicted in the cold war narrative. They will also maintain that their occupation of the former Warsaw Pact countries was entirely due to their historic need to create buffer states between defensive Mother Russia and aggressive western Europe.

This fear, along with earned pride about never having been defeated militarily by the forces of the West, is combined with a desperate need to be accepted as an equal, which means that Joe Biden’s sanctions on Russia will hurt psychologically as much as economically.

President Biden is taking us back to a world that many recognise and find reassuring. Although not admitted, the proximate reason for sanctions now is the build-up of two Russian armies on the border with Ukraine. Are the sanctions and the build-up of Russian forces being employed as bargaining chips for when both sides eventually sit down for a summit, which Biden has called for “in the coming months”, allowing each side to come away with a win?

When the fog has lifted, the real chess begins in the Middle East, where the projection of Russia’s diplomatic and military power, off the back of a rickety, kleptocratic economy, has been a remarkable testament to Moscow’s statecraft. With an economy no bigger than Belgium and the Netherlands combined, Russia has managed to run the Americans out of the Middle East despite the US economy being at least 12 times bigger.

In Europe, Russian gas keeps the lights on –  a fact not lost on the Germans in particular. To some pan-Slavic dreamers, the real American fear is not forfeiting Ukraine or even eastern EU; in fact, their angst is about Germany and Russia becoming closer.

Alliances are usually based on mutual interests. As Germany is a country with no natural resources and brilliant energy-sapping industry and Russia is a country with abundant energy and little top-class industry, the fit is a good one, bordering on snug.

A Russo-German detente in the centre of Europe is Washington’s nightmare, which is why (although they’d be loathe to admit it) a jittery Ukraine – and Poland for that matter – has value for the Americans.

For the Russians, the West has always been beguiling; it is at odds with Pushkin’s core concept of Mother Russia as the home of the Slavs who must avoid the lurid temptations of Europe. But the lure of the West is seductive for Moscow and it has been for years. Russians come to the West to learn.

In 1697, Peter the Great, disguised as a ship’s mate and looking to learn the ropes of Dutch shipbuilding, arrived in the richest city in the world. Here, built on marshy swamps, rose a free city of elegant houses, banks, finance, a thriving stock market. It was welcoming to dissenters, religious refugees and merchants of all hues, and home to the largest merchant navy in the world, ruler of the waves.

Amsterdam was the beating heart of a commercial empire that stretched from Holland to Cape Town, from Zanzibar to Malacca. Its harbour, with hundreds of masts piercing the grey lowland sky, was its citadel, the source of its power. Peter landed a four-month internship at the famed Dutch shipyards and from there he watched, noted, learned and absorbed everything that Amsterdam had to offer.

The personal owner of one-sixth of the world’s land lived in a tiny wooden artisan’s house, made his own bed, donned the garb of a Dutch carpenter and lived like a local. His stay in Amsterdam would change the history of Russia. When Peter the Great built St Petersburg, he modelled it on Amsterdam. He even took the Dutch name Sainkt Pieter Burkh rather than a Russian equivalent. The greatest city in Russia was modelled on what was the greatest city in Europe at the time, Amsterdam.

In a sense, Russia has always been imitating the West but trying to deceive it at the same time.

Peter’s successor, the German princess Catherine the Great, understood – as does Vladimir Putin – the need to keep the West guessing. Almost a century after Peter returned from Holland, a much larger Russia played host to western ambassadors.

Fresh from his annexation of Crimea, Catherine’s general and lover, Gregory Potemkin, set up the city of Sevastopol – the August city – allegedly in a nod to their intense affair consummated in August. He needed to convince the West that Russia was an enlightened rather than despotic power. Given the assorted despots from Europe who turned up, he needn’t have been too worried. The 18th century bar wasn’t too high.

He took the dignitaries down the Dneiper river in Ukraine and organised for sycophantic mobile villages to be erected at each river turn, so that every time the royal barge approached the banks, westerners would see these enthusiastic peasants cheering Catherine the Great, the liberator. When the barge docked for dinner, Potemkin arranged for the villages to be upended and overnight transported downstream. Next morning, the gullible ambassadors would see yet more cheering peasants, Potemkin’s imagined villages.

Dutifully impressed, the ambassadors wrote back to the capitals of Europe, marvelling at how loved the Russian empress was. In reality, she was terrifying. However, the West was blindsided.

The “Potemkin Village” story has been discredited, but it may contain a wider cultural truth. For years, Moscow has been deploying these tactics; denying, interfering, obfuscating, side-tracking and ultimately changing the angle of attack. We are now moving into a new phase of the relationship with Russia, that fascinating and most beguiling country.

Here’s an idea. The US and Russia will be looking for a host country in which to convene their upcoming summit. That country will need to be neutral, militarily unaligned and have a strong history of UN activism and a commitment to the multilateral world. In the past, Iceland and Finland have hosted summits. Neutrality can be passive or active.

Passive neutrality allows a country to sit back and haughtily judge others that are making hard decisions. Active neutrality means getting involved as a diplomatic safehouse. Why not use our neutrality actively by deploying our soft power and using the fact that we have a seat on the UN security council? We could offer to host the most important summit of the 21st century. Why not?