Who is going to rent all these expensive offices now? 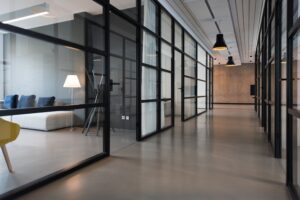 Writing this from across the Atlantic may have contributed to the American flavour of my first column of 2023. This year, the United States will be more important than ever for the world in general, with implications for Ireland. In economics, finance, geopolitics and tech, America, written off only a few years ago, is pre-eminent yet again, and what happens in the US will have repercussions for all of us. Small changes in America will percolate through the international system with profound and unforeseen consequences.

The expression to be “sold down the river” is commonly understood as betrayal. We hear it most often these days in finance, describing the process whereby someone buys something expecting a benign outcome only to be disappointed when they realise they’ve been misled. The term originates in slavery in the United States. Slaves were “sold down” the Ohio and Mississippi rivers during an unheralded event in American economic history called the “flatboat era”, from around 1790 to 1850. We associate the Mississippi with steamboats largely because Mark Twain spent a month in 1882 travelling down the river. Prior to steam technology, the flatboat was the working barge of America.

Customised by farmers in western Pennsylvania, the flatboats navigated the great American waterways of both the Ohio and Mississippi rivers, bringing produce down to the great trading city of New Orleans. In time, these vast rivers opened up the American west. Thanks to the movies, we visualise the push to the west as rugged pioneers circling their wagons. In reality, the America southwest was opened up by families on rivers.

At the time of the American Revolution, only 3 per cent of the American population lived west of the Appalachian Mountains. By 1830 that had risen to 30 per cent, and the majority of these people can trace their ancestry back to Ireland, mainly Ulster. With the arrival of more Irish during and after the Famine, this migratory route swelled, with hundreds of thousands of Irish travelling downriver to New Orleans to the Lakes of Pontchartrain, that famous ballad performed by such luminaires as Christy Moore, Bob Dylan and Brian Cowen.

While the great rivers opened up America for white people, the same process destroyed Native American tribes who were forced off their land by an Irish-American president, Andrew Jackson, who had introduced the Indian Removal Act of 1830. As America’s wealth shifted from tobacco to cotton, millions of black slaves were marched in chains, called “coffle lines”, from struggling tobacco plantations in West Virginia to the rivers and sold to the new cotton plantations of Arkansas, Mississippi and Louisiana, with abominable results. These were the people who were “sold down the river”, initially believing to be in for a modestly better life after the horrors of the tobacco plantations, only to be sold into an even more appalling form of slavery in the cotton fields, where a brutal system of harvesting quotas led to beatings and habitual murder. 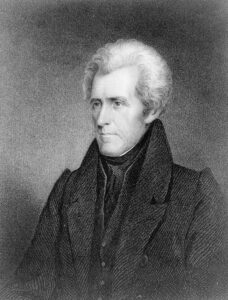 The American flatboat era also led to a massive change in the monetary system, with “wild card” banks springing up all across the southwest to provide banking and money lending for the new migrants. These small banks took deposits and, in turn, issued their own currencies in what was termed the era of “free banking”. These small currency issuers, in an effort make easy money, ended up extending too much credit. Once people got worried that the bank that held their deposits might be in trouble, they demanded their money back, prompting bank runs, credit crises and bank failures.

The Wild West was truly wild for prospectors, people running away from something or someone, and financial con men only too happy to sell others down the river. An expression that originated in the slave trade jumped into everyday conversation to describe gullible people hoodwinked by others with promises of riches, only to find that their money had disappeared – along with those who had hoodwinked them.

This early period of American expansion was one of opportunity and loss, driven by credit cycles, bank failures and a variety of different currencies, buoyed by cheap money and expensive dreams.

Cheap money, particularly when it is accompanied with a structural shift in the economy, such as the opening up of new markets or new technologies, always promotes overconfidence. During a period of very low interest rates, because there is no return for investing today, investors are tempted to invest in ideas whose returns are promised for some day in the distant future.

Such extended time horizons explain why so many people were hoodwinked by the prospects of tech companies promising riches years hence. As their share prices rose, the very rise in price coaxed more people into the game. Such effervescence percolated into other areas. Expecting endless demand based on riches just over the horizon, all sorts of other related long-term investments were undertaken.

Consider commercial property, particularly office space in Dublin. Glittering office blocks under construction were started in the belief that tech companies were set for endless expansion, which is what their share price suggested. But now these share prices have collapsed because the era of cheap money is over. What are we left with? Who is going to rent these expensive offices now? Big tech companies are shedding workers and cutting back spending across the board, cutting costs which include not just rents but also the fees for various Irish legal and accountancy outfits which, with a lot of braggadocio, also rented flashy real estate.

We are likely to experience a knock-on effect this year as tech companies continue to retrench. Usually, the first announcements of layoffs and cost-cutting are only the beginning. New investors need to be reassured that the management of companies that destroyed so much shareholder value have truly learned their lessons and therefore cuts tend to go deeper than necessary, impacting on costs across the board. This will cause a fall in rents of upscale office space.

This is good news for everyone except those involved in the commercial property game: owners, estate agents and lenders. Cheaper rents are a boon for everyone else. While not comparable to those original misfortunates, the latest events show how changes in circumstances – whether in easy money, innovations or perceptions of the future – can lead to people being sold down the river.

Im glad that you shared this useful info with us. Please stay us informed like this. Thank you for sharing. anthropogener klimawandel