Why Central Bank must give everyone free money right now 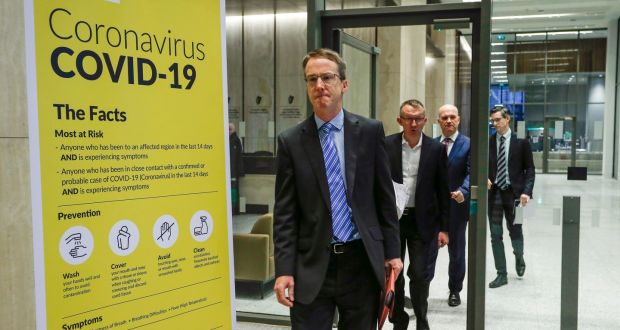 We are in a crisis. The health panic will be followed by an economic panic. People will stop going out, stop shopping and dramatically reduce spending. This will have an immediate impact on cashflow. Without cash, businesses will go bust. Without cash, suppliers don’t get paid and they in turn can’t pay their creditors. The knock-on effect will be swift. Tax revenue will seize up. In addition, businesses without cash can’t pay their employees who will have to be laid off. This will exacerbate the slump.

Unfortunately, as cashflow dries up, those with cash will hoard it. Hoarding is the natural reaction to a panic – witness what is happening right now in supermarkets. The same will happen with cash. As more and more cash disappears from balance sheets, more and more cash will be hoarded. In fact, as always happens in a panic, more cash will be hoarded than is actually needed for the rainy day. That’s human nature; we overreact when panic sets in. There will be a run on cash as businesses try to stay open.

So what should we do, when faced with a cash drain, prompted by a sudden slump in spending?

The Central Bank of Ireland should print money and deposit free cash into every citizen’s account and every business account.

This is exactly what Hong Kong did in February. It is called “helicopter money”. It was first suggested by Milton Friedman when asked what central banks should do when faced with a deflationary shock like the one we are facing. Friedman argued that once inflation is below expectations, there is ample scope to print money.

In addition, the “normal” way to do this was through the banking system. This is what QE was all about in 2010. The central bank “gifts” cash to the strapped banks whose balance sheets are encumbered with bad assets. The banks in turn lend this money out to businesses and people who need it. Using banks as middle-men is a rather cumbersome way of getting cash into people’s hands and has more to do with saving the banks that reigniting the economy.

Friedman argued it would be better to simply give people money by crediting every account with a certain amount. Once money is in accounts, the panic abates, the hoarding stops and everyone gets paid as normal. Stop the panic by stopping the source of panic.

In February, in the face of the coronavirus, the Hong Kong government instructed the central bank to deposit into each of the city’s permanent residents (aged 18 or over) HK$10,000 – or roughly €1,142 – to buoy the local economy.

It seems too simple, doesn’t it? That’s because it is. Such is the alchemy of central banking. Once inflation is low, the central bank can just print the stuff. The reason it is called helicopter money is that it is like a helicopter drop of money out of the sky into people’s accounts.

The crisis exists because businesses fear that other businesses with whom they are dealing every day will run out of cash. This fear is infectious. Trusts disappears and as retails slows, the fear that your business will not get paid increases. The way to stop this is to publicly reassure businesses and punters that there is no shortage of cash. How do you do this? You print the stuff and/or electronically transfer cash into everyone’s account. Once the society is reassured that there is plenty of money about, the fear subsides, no one panics and monetary system supports rather than detracts from the real economy. Problem solved.

It’s not magic, its money.

The government instructs the central bank to simply give everyone cash to stop the panic, to shore up balance sheets and to return the payment system as well as demand in the economy to normal. You might think this goes against all the basic laws of economics. This is because the basic laws of economic are wrong. You might feel, surely we can’t just print money? Yes we can. In fact, the greatest myth of economics is that printed money needs to correspond to some debt. The idea that money can only be printed by the central bank if there is a corresponding debt issued by the government against which the central bank has “permission” to print, is a stubborn one.

It is a stubborn idea that has nothing to do with monetary economics and can be traced to accountancy, not economics. Accountants, God bless them, are governed by double entry book-keeping, whereby every credit needs to have a corresponding debit in order to make the books balance. Fascinatingly, the economy has no such balance sheet.

Unfortunately, economists have been bullied by accountants into thinking that there is a national balance sheet. There is not and this is particularly the case when you are in a currency union. There is no exchange rate to maintain for a small country in the monetary union, so there is no limit to how much money to print over and above the desired rate of inflation. At some stage if you keep printing money, its value will go down and the price of everything else will go up. So the rate of inflation is the target, not the amount of cash in circulation.

You stop a credit crunch with credit. Just print the money and give it to people. I understand that this sounds disconcerting. It all seems too easy, doesn’t it?

One of the strangest aspects of intelligent humans is that we are very reticent to accept easy answers to big questions. We want things to sound difficult, because that allows us to conceive of convoluted and frankly “intelligent sounding” solutions. But when it comes to money in a panic, our understanding is governed by rules and notions that are simply wrong, parroted by people who don’t stop to think.

A pandemic carries two risks to human suffering. The first is a health risk which we all understand. The second is the economic risk, which leads to human suffering through bankruptcy and unemployment and the associated stress. This stems from a credit crunch as cashflows dry up. Yet it is remarkably easy to solve by crediting everyone’s account with money.

Is it free? Yes. Is it one-off? Yes. Can it be done? Absolutely!

Now is time to act. The central bank has to step up and show leadership, give the ECB notice and move swiftly and calmly. If not now, when?