Why Ireland will recover faster than others 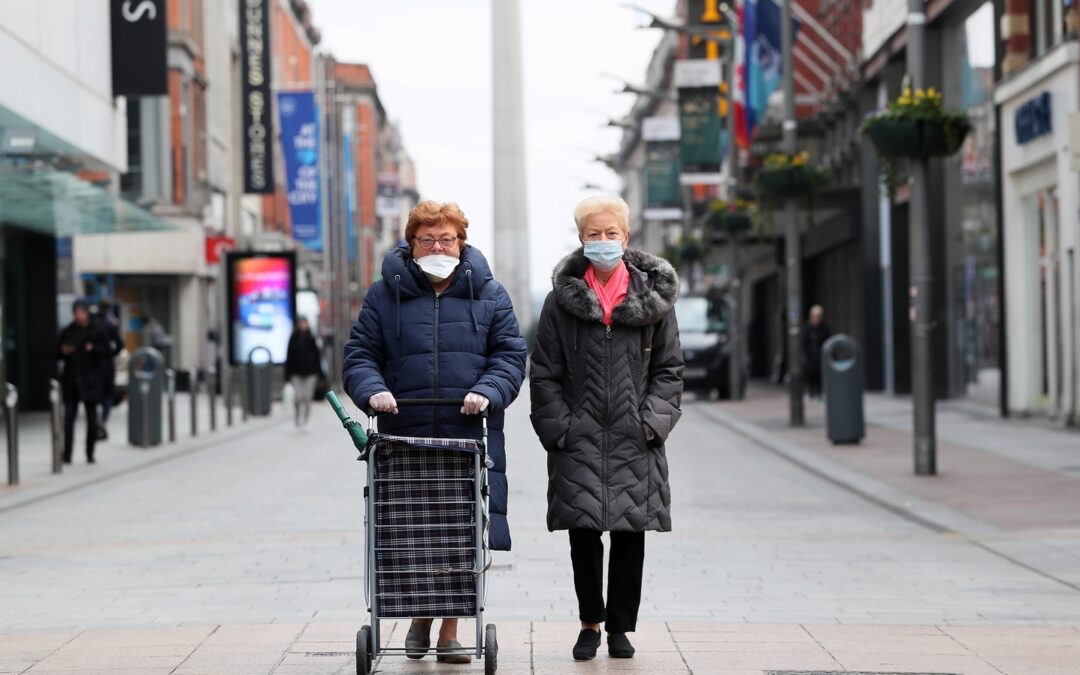 It may be difficult to imagine but there are significant grounds to believe that the economy will recover quickly from this trauma, and there are strong reasons to be optimistic that the eye-watering budget deficit, a cause of concern to many, will narrow, on its own, with no need for austerity.

Structural trends in our society as we adapt to new ways of working will enhance productivity, because of the end of the enforced commute. From a productivity point of view, commuting is dead time and dead time is dead money. This, too, will change.

Reasons to be cheerful derive from the magic of the economic cycle. The most basic rule of macroeconomics is: “Your spending is my income”. If you are not spending, I have no income and then I can’t spend, so you have no income.

Therefore, when people save (because they are forced to stay at home and are anxious), a government must borrow and spend to maintain not just aggregate demand, but also social peace and, on a citizen-by-citizen basis, some element of personal composure.

Once the pandemic passes and people start to spend, running down those savings, the government can reduce its spending. Such an ebb and flow of spending, where the people pass the baton to the government in a recession and then take it back in an upswing, is the rudiment of macroeconomics. A giant cyclical pendulum swings from government to the people, gradually, usually over the course of a few years.

However, this time it is different. Covid has stopped us in our tracks, so the swing from personal spending to government spending happened overnight. Once the vaccines are administered, the swing from saving to spending of the average person will be equally dramatic and immediate.

The key figure is the savings ratio: that percentage of our income that we save. In Ireland, this jumped in the second quarter of last year to 38 per cent from 17 per cent in the first quarter. Last summer, when we were allowed to go out, the savings ratio collapsed to 21 per cent, driven by a huge increase in spending as those pent-up savings were splurged.

When the pandemic passes, the same will happen but perhaps in an even more dramatic way, driving up government tax revenue and drastically reducing the budget deficit. It would be a mistake for any government to contemplate austerity at any time in the near future. The cycle will look after the deficit.

Fiscal hawks, and there are some, fail to understand that the European Central Bank not only appreciates the cycle but is setting interest rate policy to ensure that this cyclical ebb and flow will run its course.

Today, with so many people anxious and the State without a spokesperson or politician who appears to grasp the medium-term picture, it is easy to become overwhelmed by the now. But the now will pass.

Let’s analyse where we are.

In Ireland, since the outbreak, all but essential workplaces have been closed for 195 days. This is by far the most stringent work-based lockdown in Europe. It compares with 141 days in the Netherlands, 139 days in the UK and 131 days in Italy. At the other end of the scale, Denmark has ordered closure of businesses for 47 days and Germany for 61 days.

People are entitled to ask whether there has been a lockdown “dividend” – a benefit that has made all this worthwhile. Such a dividend could, for example, be measured in fewer deaths than other countries, fewer infections as a percentage of population, or spare ICU capacity.

On the other hand, there could also be a lockdown “penalty” – measured, at least in the economic sense, by the numbers of businesses going bust, unemployment rising or the State supports being more elevated in countries that locked down for longer.

The evidence is mixed.

If we compare deaths Ireland has a much better record that Italy or the UK. However, and this is a big consideration, older people as a percentage of the total population here are smaller than either of these countries.

When we compare our figures with Denmark’s and Germany’s, it is clear that while we closed the economy for about four times longer than the Danes or the Germans, our death rates are broadly similar. There was no lockdown dividend by this measure.

And the lockdown penalty Ireland has endured has been appalling. Unemployment has sky-rocketed to 25 per cent and, although timely and accurate business closure data is hard to get, it’s logical to fear the worst when the dust settles.

The reason for extreme caution on the business front is that most Irish SMEs are very small. Half of all Irish people who work in the private sector work in companies with fewer than 50 employees. Small companies don’t tend to have significant financial buffers, so their ability to ride out this storm is limited.

Likewise, as cash is king when credit conditions tighten, companies’ cashflows – if they have any – tend to be hoarded, amplifying the initial shock.

Finally, the most obvious indicator of the cost of the lockdown is seen in the public finances. Overall, €24.5 billion (or about 14 per cent of GNI*) will have been spent keeping the show on the road in 2020 and 2021.

Because Ireland has had the most stringent lockdown, we will have the most effervescent upswing. Think of the economy as a coiled spring. Once the pandemic passes, the place is likely to go mad, and pent-up savings will cascade into the economy.

As tax revenue rises, the deficit itself falls automatically. As unemployment falls, and it will fall quickly, supports will be taken away, further reducing the deficit. The role of economic policy today is not to agonise over the deficit but to prepare for the upswing.

This means eradicating supply bottlenecks, largely imposed by licensing and other forms of State-sanctioned restrictions. What we want from all this demand is money circulating in the economy – as widely as possible – substantiating the macro-economic dictum of “your spending is my income’.

Eradicating bottlenecks will give all SMEs a chance to participate in the upswing, ensuring more income, more opportunities and more employment. Otherwise the fruits of the recovery will be trapped in already-protected sectors, and the only thing that will happen is prices will rise as opposed to activity becoming more ebullient.

Now is the time to pass legislation. We should radically change our licensing laws to make it easier for venues to host all sorts of hospitality and events to accommodate the surge in “going out’ demand. We need to get the biggest bang for our socialising buck and this means more and more venues – big and small – with more and more licences.

Now is the time to significantly change planning laws, facilitating a “build, build, build” approach to housing, unencumbered by the sort of al-fresco nimbyism that has become commonplace.

Now is the time to encourage the blended working week, which will not only limit the time-wasting commute but also breathe life into rural Ireland and commuter towns.

Now is the time for executing all those logical economic initiatives we found reason not to do before.

This is the moment for vision, not panic. It is time to take a breath, let the cycle do its thing and prepare for the rest of the 2020s.