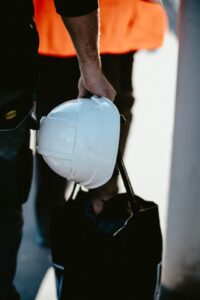 A chance conversation this week with a builder friend, who specialises in high-end home renovations, got me thinking of the months ahead.

He told me that many construction jobs in his area are being cancelled. As the price of labour and materials soar, only those who absolutely must build are ploughing on. The rest are postponing works. Clients are baulking at costs.

Take, for example, a refurbishment on a reasonably expensive home where the client might have calculated a budget of €700,000 last year to cover the entire job. This year, €700,000 will only cover a portion of the work and therefore rather than chase the market upwards, clients are postponing until value re-emerges. However, the knock-on effect in the trade is huge: each cancelled job leads to another as word spreads.

Many small contractors are in the refurbishment business. They talk to each other, and now they are battening down the hatches.

The business cycle is nothing more than an expression of human nature. People get giddy together and get depressed together. The economy is social. It is driven as much by the prevailing mood as it is by fundamental factors. The fundamental factors, such as rising interest rates, can change the mood but the amplification process is rooted in the age-old way humans influence each other via gossip and the general buzz.

Humans are a crowd species. We both love a crowd and love to be part of the crowd. We try to convince ourselves we are independent, but that’s only half true. Humanist philosophy tries to paint us as sovereign creatures driven by free will. Mainstream economics endorses this view, arguing that humans are scientific, rational beings, unencumbered by biases or prejudices, driven by rationality. But that’s not how the world works: we are a social animal profoundly affected by the views of other people.

The business cycle reflects this process. When we are confident, our confidence infects those around us, prompting us to take risks we might not otherwise take. Pushed on by FOMO (”Fear Of Missing Out”), we abandon caution and imagine a rosy future, placing our bets today, assured we will reap profits tomorrow. That’s what we term a boom.

A slump works in the same way but in the opposite direction. Exhilaration and optimism are tempered by anxiety and fear. Ideas that seemed sensible yesterday now appear rash. People gossip about money lost rather than profits made, and the crowd shifts from advance mode to retreat mode. The change in mood is infectious, and quite rapidly a robust economy can appear fragile. Promises made in the giddy phase look unattainable and there is a great reset. Ostensibly, the real changes on the ground may be imperceptible but once the mood shifts, reality shifts.

In terms of reality, inflation has changed the game. Many believe that price rises will reverse. Indeed, the cancelling of construction jobs until prices come down reflects this expectation. If people thought inflation was here to stay, they’d bring forward construction work, as the bargain would present itself today, rather than waiting for tomorrow when costs would be yet higher.

The problem with waiting for prices to fall is that they might take some time. During this period, activity can go into reverse quickly. This is what we might be facing. As interest rates rise, albeit fractionally, people’s perceptions change quickly. The economy could go into a tailspin.

The reality is that commodity prices are falling already, as are oil prices and shipping prices; meanwhile, in financial markets, leading indicators point to lower inflation in the months ahead, but that might not matter too much. If people’s incomes are being undermined by higher food and energy prices and these price increases are shunting from one good to the next as crowd dynamics take hold, then we will get a slowdown before we get falling prices.

This process is known as a recession, and it could be around the corner.

For many of us in this country, the word recession conjures up drastic images of the last big one. Fear not, this inflation-related slump will not be half as dramatic as the post-2008 fiasco, and the reason is household debt. Ireland hurtled into the 2008 crisis with a national balance sheet hitched to the housing market via the delinquent banking system.

As I said publicly at the Banking Inquiry and had been saying constantly in the years running up to the crisis, “the Irish economy was set up to fail”. It was unavoidable.

More egregiously, the subsequent recession was of the most debilitating type: known in economics as a “balance sheet” recession, it entails destruction of the country’s balance sheet. The asset side of the balance sheet (housing) collapses but the liability side (outstanding borrowing) gets worse, causing a dramatic income squeeze across the board. As asset prices fall, only those with money can buy up bargains and, when the country is bust, those cash-rich investors are usually foreign investors, resulting not only in a local recession but the wholesale transfer of national wealth to foreign funds, compounding poverty with ignominy.

That’s unlikely to happen this time.

This time, the recession or slowdown is likely to be less debilitating and certainly less deep. Froth will be blown off the economy and prices will come down as demand recedes and savings rise, with people waiting for value to re-emerge.

As most businesses work off a fixed-margin model, the only way margins can be maintained if costs are rising is to increase prices, eroding value to the customer. If the customer declines to buy, as is happening now in construction, the economy will be put into a holding pattern, waiting for costs to come down.

In the same way as there was every reason to panic in 2008, there is no need to panic right now. We are seeing normal crowd dynamics taking hold. Critical metrics are not so out of whack. Debt-to-income ratios are okay; so, too, are debt to asset prices; national cashflow is reasonably buoyant; and, systemically, the global financial system, though stressed, is not near cracking point as it was in 2008. The recent falls in stock and tech markets are a welcome development.

However, when the crowd turns, long-term forecasts are irrelevant. From here on the rule is to be vigilant. For the next few weeks, keep your ear to the ground, listen to the gossip, discount nothing, and realise that the herd is on the move. In terms of views, what was mainstream yesterday is redundant today; what was radical yesterday is today’s central case. In terms of policy, it would be wise to be patient, let events take their course and don’t panic.