Why the young are priced out of the Irish economy 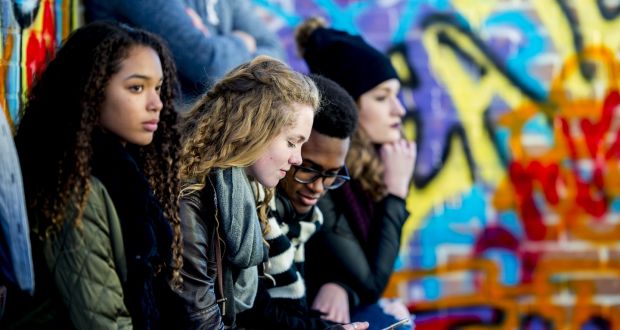 The annual hullabaloo about RTÉ presenters’ salaries focuses attention on the licence fee. In this system, a captured audience is obliged to pay a fee to an organisation, whether it uses the service of not. Irish citizens risk jail if they don’t stump up to pay the salaries of these presenters. It seems quite anachronistic.

Unlike the BBC, RTÉ also raises private advertising revenue. Some justify this fee on grounds of culture, others don’t. Economically, this arrangement is a form of capitalism, “rentier capitalism”, prevalent in Ireland, where anointed organisations are preferred and are allowed to operate in a grey area – half public, half private – where budgets are soft, the market is captured and over-runs are common.

In a sense, RTÉ is the broadcasting equivalent of the Children’s Hospital. Like so many government initiatives, projects go over budget, are not finished on time and leave a sour taste in taxpayers’ mouths. Every extra fee or levy, every over-run, has to be paid for, driving the cost of living up and disposable income down. It is a pattern that comes at a huge cost particularly to our younger citizens.

Right now, 54 per cent of 18-34 year olds in Ireland are living with their parents, according to Eurostat. This compares with a figure of 17 per cent in Denmark. This figure has increased by 9 per cent in Ireland since 2010; in Austria it has dropped by close to 5 per cent. Among young professionals between the ages of 25 and 29, 45 per cent still live at home.

The situation produces significant financial angst. In a recent Growing Up in Ireland study, 73 per cent of Irish 20-year-olds ranked attaining financial security as a “very important” goal, as opposed to only 29 per cent who wanted a good long-term relationship, and 14 per cent who said having a baby by 30 was important.

Why are our young workers being priced out of various markets? Why are they worried about financial security in what is by any world standards a wealthy economy? Why is Ireland so expensive?

There is a connection between these over-runs – be they hospitals, schools, roads or public amenities – and the financial dilemmas faced by our younger generation.

“Rentier capitalism” is the subject of a new book by Brett Christophers. It describes the type of companies that sidle up to governments and get a licence to provide some product or service that the government used to provide. This is a licence to print money, because people need to buy the product, and the rentier company has a monopoly to charge for a certain number of years as per its contract.

The Government is the largest single source of demand in this economy. Significant parts of essential government services have been outsourced – which leads to monopoly pricing by the company that gets the contract and, more egregiously, to the infantilisation of the public services when it comes to important government decisions.

The State has emasculated itself, having outsourced so much competence as to make the State useless in the face of a public threat. Such rentier-friendly policies lead to “death by consultancy”, where government departments are riddled with outside consultants, employed to do critical jobs, getting paid by you the taxpayer but having no skin in the game when the excrement hits the fan.

By far the most important part of “rentier capitalism” is the property sector, protected by an arsenal of government interventions, from the tax system to the legal system.

The land lobby’s fingerprints are everywhere, from car parks to shopping centres, to housing estates. Even our Constitution favours it. Ireland is a land rentier’s fiefdom.

Land is an inherently useless asset, unless it is farmed. It produces no innovation or value, and generates no creativity. Its value is a function of supply because we have to use it for places to work, rest and play. It is a cost. If supply is constricted – by those who have an interest in extracting rents from tenants – more and more income will go to rents rather than on products, creativity or innovation.

In short order, the economy becomes an extractive business. Rentier companies, with State-sanctioned monopolies or State-written legislation limiting supply and competition, charge the average worker. These charges come in the form of higher taxes (to pay the battalions of consultants), in insurance premiums or in real estate.

Internationally, these sectors are known as the “Fire” economy (standing for finance, insurance and real estate). They extract rents, but ultimately generate no innovation. Equally, these rentiers are in sectors which are usually not traded internationally and therefore are exempt from the forces of international competition.

If you take out the multinationals, in Ireland, as a result of rent-seeking, productivity is low. It’s hard to generate productivity if you are merely taking rent rather than adding value, by making an original product better through your creativity, management savvy or innovation.

Because our own productivity is low, we need the high productivity multinationals to drag up the performance of the economy. The price, if you call it a “price”, is lower corporation taxes than the rest of the EU.

A small country of five million people netting close to €10 billion in corporation taxes, which is €2,000 per head per year, should not be underestimated. The question is how much of that €2,000 goes to the rentier sector.

Our money is going on exorbitant rents, extracted by the financial and rentier capitalists, rather than going on products made by local or international innovators.

A quick look at the breakdown of inflation here reveals how this plays out. The sectors where prices have gone through the roof are the education sector (which has a captured population that can’t go abroad easily), the real estate sector covering both house prices and rents, utilities (which are licensed) and health (also licensed).

The rise in booze and tobacco is due to tax increases to pay for the rentier sector. In contrast, prices in the industrial competitive economy, from telecoms to clothes, have fallen constantly.

The rentier capitalist model encourages endemic cronyism. Generationally, it squeezes the young. They are paying more and more in various rents to various rentiers, while a small few are rewarded with supernormal returns, reinforcing the feeling of the average young person that they are falling behind, despite doing “all the right things”.

Is it any wonder opinion polls tell us they are rejecting the status quo and looking for political alternatives?