Why your boss earns so much more than you 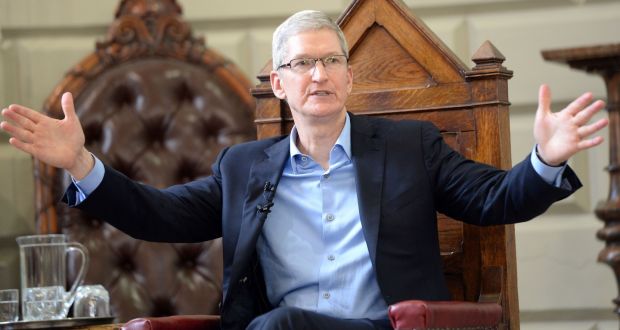 One of the most difficult questions for any parent is: “What should I do in the future?” When your child asks you what is a good job, can we honestly say we have any idea?

Many jobs that pay well now, such as the highly sought-after data analyst, didn’t exist 10 years ago. What hope have we, mere parents, of predicting the future jobs market? Things are changing so quickly, driven by technology. Consequently, even making a stab at what might be vogue in five years is highly speculative.

The best we can do is look at big trends that are emerging all over the world.

One of the most significant trends in the jobs market is the relentless move away from competitive markets (where supply and demand for good people dominates wages and conditions) to winner-takes-all markets where – irrespective of supply and demand – the returns to those at the top are multiplies of those workers a few notches below.

This is relatively new; it is self-reinforcing and largely responsible for increases in inequality in developed economies.

Earlier this week, The Irish Times found that bosses of Ireland’s top 20 companies earned 41 times more than their employees. This gap between the top and the rest has widened in the past year.

Data compiled from the annual reports of the Iseq 20 constituents found that bosses secured a collective pay rise of 13 per cent as opposed to employees who netted meagre increases. Bosses’ pay on average went from €1.6 million to €1.87 million while employees secured pay rises of just 1.5 per cent to bring their average to €45,316.

We are used to winner-takes-all markets in entertainment and sport. The biggest bands, most sought after actors or most talented footballers, all received multiples of the next tier and certainly massively more than the journeyman musician, thespian or striker. That has been understood for a long time and is termed “superstar” economics.

Modern technology – which reduces the cost of replication, search and delivery of products – is at the root of this. To get a historical sense of how technology changes everything, consider the market for opera singers before the advent of the technology called records.

In the early part of the 20th century, there were hundreds of opera singers in Italy. They travelled around singing in town halls and theatres all over the country. Some may have been better than others but the punters who turned up to hear one singer couldn’t compare his singing instantaneously with others, so even the slightly second-rate singers could make a living.

They also had their fan base derived from the people who came to see them every so often. Their brand was limited to those who actually saw them in the flesh. But this disparate market sustained hundreds of singers who more or less earned similar amounts because the costs of replication, search and distribution of the product were prohibitive.

In time, new technology – records and gramophones – emerged which dramatically reduced the cost of replication. A recording could now be listened to by millions. The cost of producing an extra record was almost zero.

Singers garnered millions of fans overnight and thus became brands in themselves. Then they could demand more per live performance. The industry consolidated and the top singers earned nearly everything, leaving very little for the second- and third-rate ones.

The same dynamic is happening today but on a much wider scale. Consolidation is the game.

According to McKinsey, 10 per cent of the world’s listed firms generate 80 per cent of all global profits. Firms with at least $1 billion in revenue now account for 60 per cent of total global revenue and 65 per cent of market capitalisation.

These are the superstar firms and they have proven to be especially adept at exploiting technology to snuff out the competition and focus on the most profitable bits of the business. As a result, Apple has a 20 per cent share of the smartphone market but captures as much as 92 per cent of the industry’s operating profit.

Meanwhile, Google processes 3.5 billion searches each day and Facebook has 1.32 billion active users each day. Together they take in, according to some estimates, as much as 60 per cent of all digital advertising revenue.

This has huge implications for employees.

For example, in 1990, GM, Ford, and Chrysler had combined annual revenues of $250 billion, a combined market capitalisation of $36 billion, and an employee base of 1.2 million. In 2017, the five tech superstars – Google, Apple, Amazon, Facebook, and Microsoft – cumulatively had annual revenues of $559 billion, a market capitalisation of more than $2 trillion, and an employee base of 660,500.

Latest research from the US estimates that about one-third of the growth in income inequality across US households since 1980 can be explained by the gap between compensation for employees at the superstar firms relative to their counterparts working elsewhere.

We see the same trends in most walks of life. The superstar is pulling away from the rest, using technology and branding to stand out from the crowd. The crowd – the market – is becoming less discriminating, not more, and therefore tends to go with the herd.

Such an amplifying dynamic is evident in the corporate world, the professional world and anywhere that the worker is a sovereign player, whether that is within a superstar company or self-employed.

What happens then to the salaryman or salary woman, happy to clock in and not move to the superstar company in their sector or doesn’t want to go out on his/her own?

The future doesn’t look so bright. The wage premium going to the superstar player appears set to rise and rise, exacerbating inequality. It is hard to see how the technological genie can be put back in the bottle.

Even in this world of excessive choice, punters are demanding more and more of less and less, whether it’s the Premier League club’s new away strip, the headline act at Electric Picnic with 100 million downloads or the superstar obstetrician, who promises the easiest delivery.

Now what do we say to our children? In this world of fewer and fewer safe jobs, tell them to concentrate on what they love, focus on what they have a passion for because there’s more to life than superstar status.

If you do what you love, you will never be bored and will never work a day in your life.