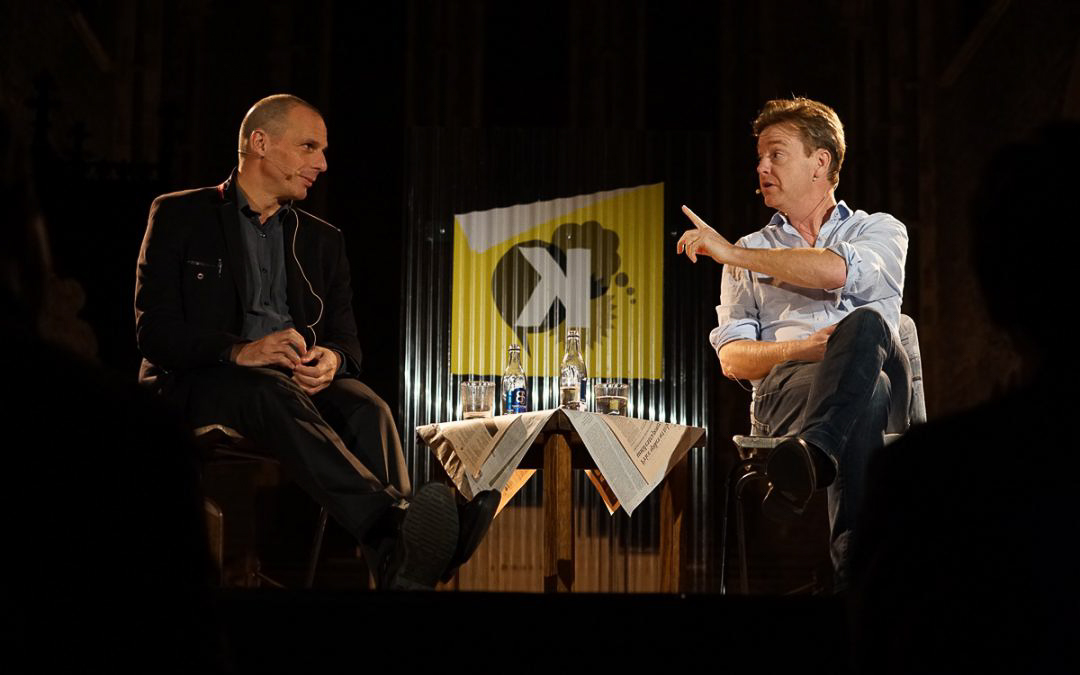 “David was brilliant as he always is, couldn’t have been better, he’s a legend, had everyone eating out of his hand as usual! We’ll do it again, will be in touch.” – John McDonnell, Cathedral Finance.

The Event was remarkably successful with over 600 attendees … David’s participation certainly enhanced the profile of our line-up of international speakers.

David’s presentation was perfectly pitched and brought exactly what we had hoped…delivered with wit and intelligence in an engaging and entertaining style.

Consistently accurate in his forecasts, David McWilliams was the only economist in Ireland who accurately forecast a strong UK Brexit vote, the Trump victory and the 2008 global crash.

David McWilliams is ranked the 10th most influential economist in the world and as such is a regular on the international speaking circuit. He is Adjunct Professor of Global Economics at Trinity College Dublin. In Ireland he is known as the first economist to identify the Irish boom as nothing more than a credit bubble, warning of its collapse and the consequences for the country. Internationally, he has a reputation as a brilliant public speaker.

David brings economics to life and makes it relevant and understandable to the widest audiences. He is a Young Global Leader with the World Economic Forum, is a regular contributor to Google’s famed Zeitgeist conference and has been named Ireland’s most influential Twitter user. With the objective to make economics easily digestible and fun, McWilliams draws on his unique sense of humour when he travels the globe speaking on trends in growth, currencies, financial markets and geo-politics.

David has written four bestsellers, presented award-winning documentaries and has even brought economics to the stage, at Ireland’s Abbey Theatre.

He is very active on social media and the third most widely followed economist in the world with 238,000 Twitter followers. He writes a weekly economics column for The Irish Times and is a regular international contributor to the Financial Times.

He is the co-founder of the world’s only economics festival ‘Kilkenomics‘, an eclectic combination of economics and stand-up comedy, described by The Financial Times as “The best economics conference int he world” and maybe more accurately by The Australian as “Davos without the hookers”.

David has recently launched his new online economics course – “Economics without Boundaries” and his series of animated economics videos – Punk Economics – have been viewed by over 2,000,000 people so far.

Once upon a time he had a real job working as an economist first in the Irish Central Bank and later as Chief European Economist at UBS and Head of Emerging Markets Research at Banque Nationale de Paris. He studied economics at Trinity College Dublin and the College of Europe in Bruges.

We were most fortunate in having you as our guest speaker on the occasion of this celebration. It was a great success and we were thrilled with the feedback from our guests. All in attendance found you most entertaining and some people were talking about you for days afterwards…again David, thank you very much and continued success for the future.

On behalf of the chairman and the national Council of ISME may I thank you very much for your excellent and valuable contribution to our national conference, it was very well received.

David’s speech was fantastic and very well received by the audience. Many thanks to you and your team for assisting us in organising this wonderful conference.

Bank Muscat
The feedback was extremely positive. It is a real skill/ art form to speak without any prompts for over an hour in such an engaging way so please send David on our thanks for his contribution.
W&R Barnett Ltd

Enquire directly about booking David for your next event